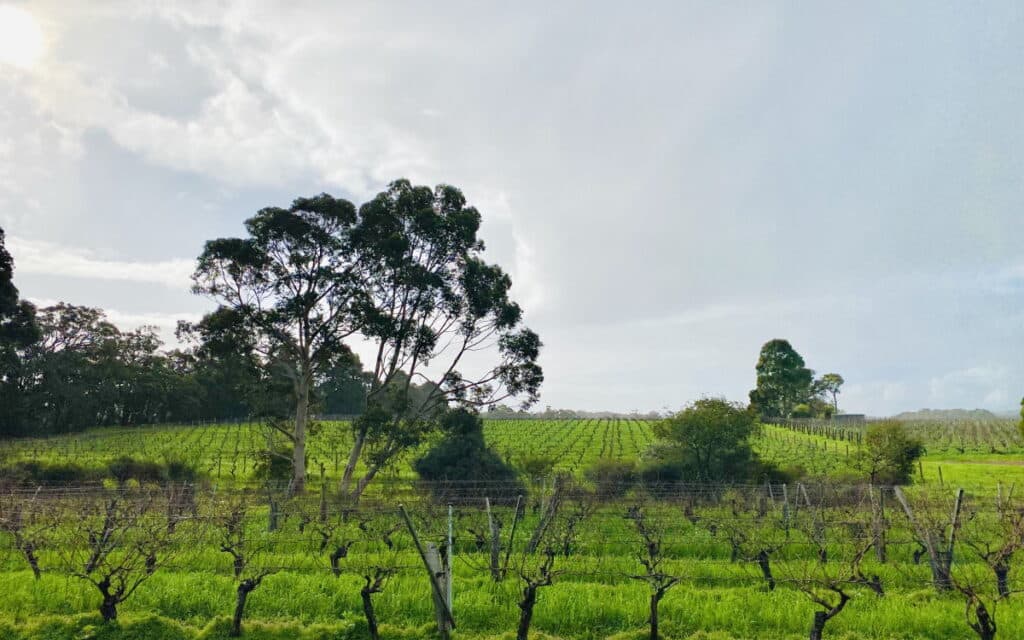 Harvesting by the stars might be mumbo jumbo, but the fortunes of this winemaker are rising

Like most winemakers, Sergio Carlei is fascinated by terroir – the way that the soil, rainfall and other physical characteristics of a vineyard site produce distinct qualities in the wine made from it.

For years, Carlei has produced two single-vineyard shirazes from Heathcote in central Victoria that are clear expressions of terroir. Nord, from the wines planted on the deep red soils in the warmer north of the region, is fuller and richer in style; Sud, from a cooler, granite soil site further south, is spicier and sinewy.

But Carlei is also increasingly fascinated by another aspect of terroir that is a little more esoteric. In the early 2000s, he started following the biodynamic system of organic farming in his vineyards. One of the more contentious aspects of biodynamics is the practice of following lunar and planetary cycles – the ideas being that the ever-changing relationship between the moon, planets and stars has an effect on what’s happening to the earth and the plants growing in it.

As outlined in the Biodynamic Astro Calendar, published in the NSW Hunter Valley by Brian Keats, these cycles result in a rhythm of “fruit days”, “root days”, “leaf days” and “flower days”, indicating when it’s best to time harvesting or planting different kinds of plants.

I know, I know, it all sounds like magical thinking, but Carlei was intrigued enough to put it to the test. So, in 2004, he selected one block of the Nord vineyard and, rather than picking the whole block on one day, as would normally be the case, picked alternate rows of the shiraz grapes over two days. On an Astro calendar “{fruit day”, he picked one batch, and the rest 24 hours later, when the lunar cycle had slipped into a “root day” (he chose these days because they fell next to each other, minimising the time variable).

Although each batch was then processed in an identical way in the winery, the difference between the two wines amazed him. The first was indeed fruiter, brighter, the second earthier, more structured. So, he repeated the exercise in the ensuing years and kept getting the same results.

I first tasted his experiments from the 2007 vintage – blind, without knowing which was “fruit” and which “root” – and was equally impressed. And I saw those differences repeatedly over subsequent years.

The latest “fruit day / root day” batches, from 2020, have just been released, and, once again, the wines – from the same vines, picked just a day apart – are clearly different. And, crucially, the wine made from a blend of the two batches – labelled as the Nord shiraz – is better than the sum of its parts.

“I can now predict flavour profiles before harvest,” says Carlei. “To me as a winemaker that’s a very powerful tool: it helps give me blending options in the winery, which helps with consistency and quality.”

Carlei isn’t the only vigneron following the calendar. One of Australia’s most respected winemakers, Vanya Cullen in Margaret River in Western Australia, also swears by it. “We started using biodynamic calendar days in 2004”, says Cullen. “It came about through observation: the wines picked on flower days were more floral and mineral, fruit days were more powerful in expression. We’ve had several examples of our customers tasting the wines and being able to pick the day they were harvested on. Not everyone has the same experience, of course, but it provides a wonderful connection to nature and to where – and when – the wines come.”

After almost two decades of trials, Carlei is now convinced there’s something in it. He’s even adopted a term that Keats coined to embrace not just the “sense of place” aspect of terroir but also the “sense of time”. He’s calling it “cosmoir” – and he’s not bothered if you think it’s all mumbo jumbo, “as long as it sparks a conversation”.

We use cookies on this site to enhance your user experience. By continuing, you agree to their use. For more information please view our Privacy Policy.